At first glance, a car-free city is a great idea but it is contradicting itself. While more women walk and use public transportation for multiple destinations, they are also the ones more dependent on driving. How does it all fit together?

Imagine the London tube or Berliner U-bahn at rush hour, and a woman taking her child to school or childcare. You would notice big eyes in commuters along the train as if a woman with a child had no business being in the underground at this time. These looks show how complex and contradicting cities are. Leave places rushing. Pick up the kid from school. Go shopping on the way home. Get the kid to after-school activities. Research on the mobility sector has already acknowledged that women run errands in multiple destinations, while men do mostly morning commutes.

For instance in Germany, 43 percent of men drive their own car to work compared to just 36 percent of women. Women are more likely to take public transport, especially in the long winters. In the United States, female motorists accounted for just over half of all licensed drivers in 2019. More than two years ago research showed that long school commutes are terrible for kids because they get significantly less sleep and exercise. But another study revealed that increasingly schools have moved on the margins of urban areas where land is cheaper. Why do we intend to create car-free cities when complex chains of routes, which mostly affect women, can sometimes not be done at all without a car or only with great effort and a great deal of time? Who needs the car more? or Who could easily get rid of the car?

The international initiative Women Mobilize Women, a network of female change makers, is seeking to actively transform the mobility sector to become more diverse and to raise awareness on the topic of gender and transport amongst planners and decision-makers in the sector.

Women’s participation in the transport workforce is an essential aspect not only to ensure economic empowerment. Diversity in the sector, at planning and decision-making levels, is critical to incorporate the multiplicity of perspectives into transport services, infrastructure and transport planning, explains Leonie Guskowski, one of the women behind the initiative.

She adds that the current state of the sector related to mobility is disillusioning: Women represent less than 20% of the transport workforce globally. Complex causes underlie this historical underrepresentation of women in the sector, ranging from education, to labour laws, to media shaping the public perception. At the same time, working conditions in the transport sector have failed to be gender responsive. A more inclusive transport sector with more women will have multiple benefits for mobility, because diverse perspectives lead to new solutions for existing challenges.

Some studies have shown that women pay more attention to issues such as sustainability, the environment and safety, so Women Mobilize Women’s belief is that they are capable of developing new concepts focusing on these aspects. With a group of women at the head, the Los Angeles Department of Transportation (LADOT) is launching a pilot scheme to allow DASH bus riders to request drop-off locations along the route which are not established stops. The announcement comes alongside the publication of the “landmark” Changing Lanes: A Gender Equity Transportation Study which identifies barriers for women who depend on public transit.

This year’s IAA Mobility exhibition in Munich hosted voices like Caroline Kramer, whose research focuses on the spatial aspects of mobility and time, as well as city and society. She argues that women often drive a car as a »compulsion to drive a car« rather than a »desire to drive a car«. There was that moment in history when women took over the wheel and started driving, which could be linked to the independence of moving and travelling as one of the biggest conquests in the fight for gender equality. Women on bikes is also a symbol of liberation.

Increasingly more women are revising existing mobility concepts characterized by a male gaze from the perspective of today’s women urban lives; from women feeling unsafe in public transportation, to female cyclists whom only lockdown’s empty roads gave them a break from harassment, and to the rich mothers in SUVs, who don’t see another way to pick up their children. 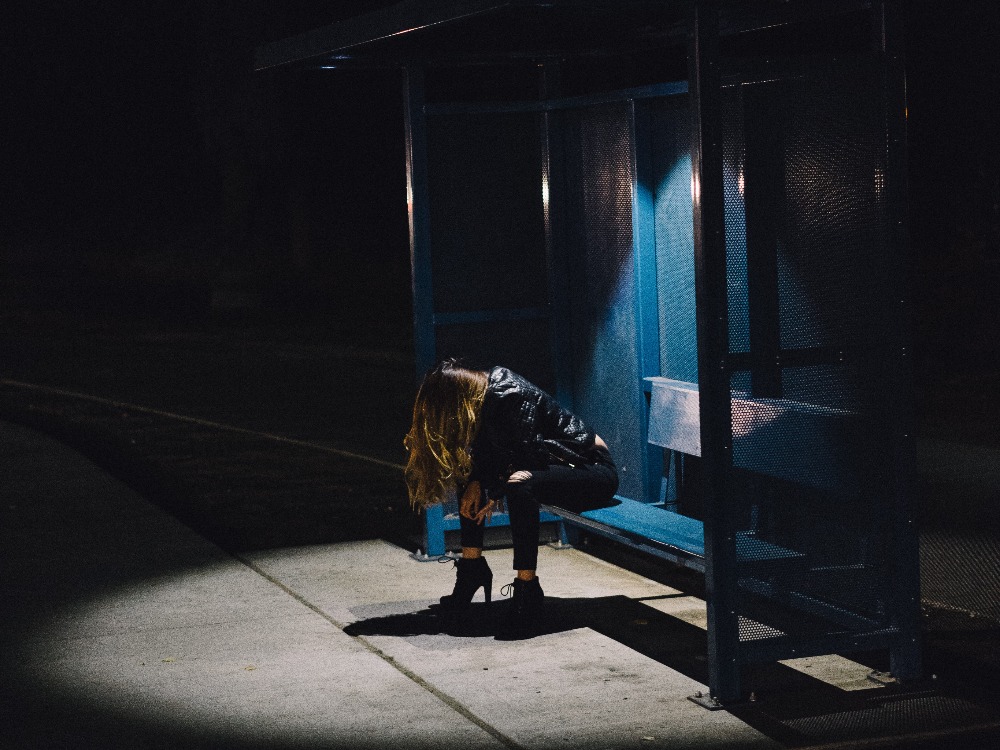 In a 2014 study conducted in the US, public transportation was the second most common place for street harassment. This leads to a massive financial loss for women who drop out of a system, which is not built for them, and look for more accessible and comfortable means of transport to feel safe, often more expensive like private cars. The planet also loses.

In Kenya Naomi Mwaura’s women-led organization Flone Initiative is working to change the existing system of colourful matatus or mini buses by improving the commuting experience for women. For example buses are required to display their root map so that bus drivers don’t change the route to avoid traffic and women get stranded in unknown neighbourhoods. The busses also display the contact details of whom to report any incidence to. These are simple but impactful practices.

Caroline Criado Pérez explained in her well-known book Invisible Women how snow clearing prioritised roads not pavements in Sweden.  When the city administration switched that priority they found out it saved government money as hospital admissions for injuries plummeted – mainly women were slipping in icy conditions.

A group of diverse women in Barcelona, who have lived in cities like Mexico City, Vancouver, Berlin, Boston, Vienna, Medellín or Madison, founded Punt6, a collective committed to the feminist transformation of living spaces, including research on women on bicycles and the diagnosis of bicycle use with a gender perspective. They consider new paradigms to break with discrimination and hierarchies and to be able to carry out a social transformation. And they do it through community action.

In India the nonprofit organization Karuna-Shechen is training disadvantaged women to become electric rickshaw drivers. They are not only promoting an environmentally friendly solution for the planet and for the health of residents but also contributing to the socio economic empowerment of women and fostering gender-equality in a profession that is largely regarded as male-specific in India. Women passengers feel more safe with female drivers.

Pressure on car-free cities has been piling up in the last few years, especially because of the climate urgency. But presumably much of the pressure is on women, who are less represented in the mobility discussion, and fear that the lack of true new concepts of transport for female freedom will leave them more disadvantaged than they already are.

The COP26 has begun this week and set the framework to bring parties together to accelerate action towards the goals of the Paris Agreement and the UN Framework Convention on Climate Change. ‘Unfortunately there are only two women in the UK COP26 high level Leadership Team of twelve members, explains Antoinette Vermilye,’ one of the co-founders of the campaign SHEChangesClimate.

We aim to bring diversity and inclusiveness, transparency and accountability to the COP negotiations on Climate Change.

Feminism in mobility is starting to gain traction as many female voices and grassroots initiatives by women unfold around the world. Last month I attended a two-day event of the RISE cities programm by the BMW Foundation Herbert Quandt. The participants of the panel ‘Mobility for social development – what are the remains of the IAA?’ were mostly women, from business, media, politics and civil society, including the deputy Chairwoman of the General German Bicycle Club (ADFC) in Munich and Bavaria. They constructively discuss how we all wish for a city where our children can play freely on the streets but acknowledge the importance of developing true concepts in the mobility sector which support women, female freedom and sustainability at the same time.

A means of transport to move easily and freely around the city is also a way of life. By now many women working as urban practitioners and in the mobility sector, who themselves experience some of these multiple commutes, have realized that the overly abstract idea of ​​car-free cities is good, in principle. However, a predominantly male vision of car-free cities held onto bicycles as others would cling to cars so far hasn’t sparked innovative concepts for women’s busy lives. More female voices could bring about real change to make cities with less cars, and less polluted, a reality.