Pigeons and rats are the nature most people name when they think of cities. And it’s not surprising, as cities are built to leave wildlife behind. As researchers and city managers are more and more recognizing the importance of supporting biodiversity in cities for the well-being of people, Mariellé Anzelone, an urban ecologist, has been spearheading such actions in New York City since 2002.

Her latest initiative, PopUP Forest, is going global this year. The project has inspired organizations around the world from Jakarta to Dublin, Bogota and Lagos to create immersive, nature-based experiences that amplify grassroots efforts for biodiversity conservation in cities.

It started in April 2015 when she launched a Kickstarter campaign ‘PopUP Forest: Times Square’, a bold idea to re-wild the very heart of Manhattan. She raised around $40,000 USD. But what surprised her most was the global buzz. The campaign gained so much momentum that it received press coverage in many cities worldwide.

It was amazing to have all these people reaching out to me, asking for advice and how to make it work in their own cities.

‘It is very difficult to get people excited about a forest, but I thought a pop-up is something different. And it worked’. The idea came to Anzelone when she read how a chain store was “popping up” temporarily in Manhattan in a popular fashion magazine. ‘It feels different to people because it is temporary. I thought let’s do a pop-up forest and put it in the unlikeliest of places. If a forest can make it in Times Square, then it can make it anywhere’.

After that location fell through, in May 2018 Anzelone loaded an e-bike with native wildflowers, ferns and shrubs and rode this mobile pop-up forest from Brooklyn to Manhattan. She also goes to schools with low-income populations for outdoor classroom education. ‘I try to create space and excitement for nature. Nature has to be a destination in New York. It needs to be in people’s everyday lives’.

A worldwide movement towards biodiverse cities

But though that Times Square project wasn’t implemented at the end, the mere intention of re-wilding one of the most iconic urbanized places on the planet ended up being a very powerful and inspiring message. The idea was out, as if nature and biodiversity advocates in cities around the world had been waiting for that kind of call to action. It was the start of a worldwide movement to showcase local nature and re-wild the city for the people and the planet.

Extinction is global but it starts locally. We lose a population here and there and then the plant or animal is gone. We need to do something actionable on the ground.

‘PopUP Forest is a tool to empower people to say something to the government. That people can support the high-level United Nations meeting for the Biodiversity Accord in China, this really matters to me’.

‘For instance, in New York City there is not much discussion about biodiversity’, acknowledges Anzelone, who formerly worked for New York City Department of Parks & Recreation.

After her tenure as Plant Ecologist there, in 2007 she founded the NYC Wildflower Week to engage urbanites with the wildness of the Big Apple, an event that continues to run every May.

She also advocates for local biodiversity policy. She helped develop a bill, supporting native plants in public landscapes, which became law in 2013. And although New York City is very progressive politically, environmentally that is not always the case . For example, New York City Council pushed for a number of bills related to climate in spring 2019. In autumn of 2017 nearly all of those same lawmakers also voted  in favour to fill a wetland needed for climate. This just doesn’t match up.

Every opportunity to promote biodiversity in cities is vital

At PopUP Forest she focuses on people’s connections to nature and how design, education and the government can nurture this relationship.

‘But first you have to break apart from the definition of what is the city and make biodiversity just a part of the New York City narrative by advancing the dialogue and educating citizens. In New York we are really behind the times’.

Anzelone has lived among the plants of the New Jersey-New York metro area nearly all of her life. ‘It is fascinating that there are so many forests and so much nature around New York. But there is no legal protection for these places’ she noted. ‘It can be hard to get people to care about them’.

The challenge lies in helping citizens understand the connection between healthy nature and healthy people. Urban expansion, with the corresponding loss of wildlife, goes undetected by the vast majority of people living in cities.

How urbanites need to co-exist with biodiversity in cities

In other words, it is not only about more trees in cities but how good those trees are for the local ecology. It is about green infrastructure, which also could benefit birds, bees and other animals. 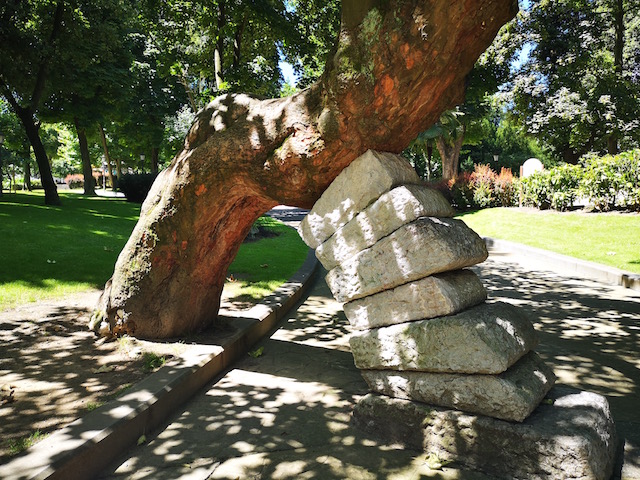 In one of the world’s largest urban public parks, located in Munich, shepherds can bring their sheep for pasture in the middle of the city.

Cities like Oslo and London are becoming more biodiverse cities by arranging ‘bee highways’ where insects can safely travel through the city providing food and shelter. London is also the world’s first National Park City.

A call to action for biodiversity came also last year from the city of Munich. A record of 1.75m city dwellers signed a popular “save the bees” petition against certain harmful farming practices for pollinators that the Bavarian government passed into law without even putting it to a referendum first.

‘Nature is so critical to our lives. We need to look at nature-based solutions to help us reach our climate goals. People increasingly live in urban spaces, and so we have to make cities greener, healthier, more sustainable’ explains Anzelone.

Right now climate talks are siloed. Ecologists are not included in these conversations but we need to be to save the planet.

This year 2020 is the Super Year for Nature and People, with the United Nations Biodiversity Conference will be in the final quarter of 2020. Anzelone is planning another pop-up forest in New York City to coincide with the General Assembly of the United Nations.

She has given up on Times Square for now, instead sets her sights on growing a global urban movement for nature and biodiversity to support wildlife and delight urbanites at the same time.